ROE Visual is selected as preferred partner to provide all LED screens for the installation of a huge virtual studio in the Expo Munich, a concept by ACHT and NSYNK, realized by TFN in corporation with Fournell.
Trying to find alternative platforms for tradeshows and live events while the COVID-19 restrictions are in place for large scale events, companies are offering inventive solutions that involve a mix of live presentation with virtual audiences, so-called hybrid events. ROE Visual LED screens are increasingly used to create large, visual displays for these types of events, due to their perfect on- site as well as on-camera performance.
Early April, TFN set out to present their format to several interested parties, after which they were contacted by the Expo Munich. The Expo Munich fortified its interest, based on feedback from several of its clients, some of which from the automotive industry, and continued the conversation with TFN. The decisive factor being the Expo Munich providing a 10.000 sqm venue to build the virtual environment.
The virtual studio could be employed at least till September 2021, encompassing the date of the car show IAA, normally planned at this time. This interest in a virtual studio environment for an extended period, opened doors to look int the actual investments needed and parties to involve in the implementation and execution of the work involved.
Appointed to supply the LED screens and further technical infrastructure Fournell turned to ROE Visual to provide the screens for this project. With ROE Visual’s sales representative Erik Baum based in Germany, the contact was easily established. “With short communication lines and extensive knowledge of the German market, this project has both been rewarding and fun to work on”, comments Erik Baum. “I’m very pleased that a project off this scale kicks off in Germany, especially now, when the whole entertainment industry is suffering from the COVID-19 measures”.
The virtual studio comprises of one continuous, huge curved LED wall of 5,5m. high, consisting of ROE Visual Diamond DM2.6 panels, divided in 40 columns, creating a circular event space with a diameter of nearly 20m. On top of the curved video wall is a LED ceiling, also composed of Diamond DM2.6 panels, supported with a huge trussing substructure. Thereby creating a seamless LED environment.
In order to make the whole structure compliant to the strict German safety regulations, special structural reports were issued for the ballast needed for the support wall and for the ceiling structure. Working closely with a German Engineering Bureau for the static calculations, building the complete set in compliance to the regulations proved to be no problem at all. Having full documentation available on all its products ROE Visual is capable of acting swiftly in this respect.
The Hyperbowl studio has just opened its doors at the Expo Munich. Offering the largest virtual production space in Europe and working with partners like Unreal Engine, the Hyperbowl studio and welcomes live events, film and photo shoots and broadcast productions. 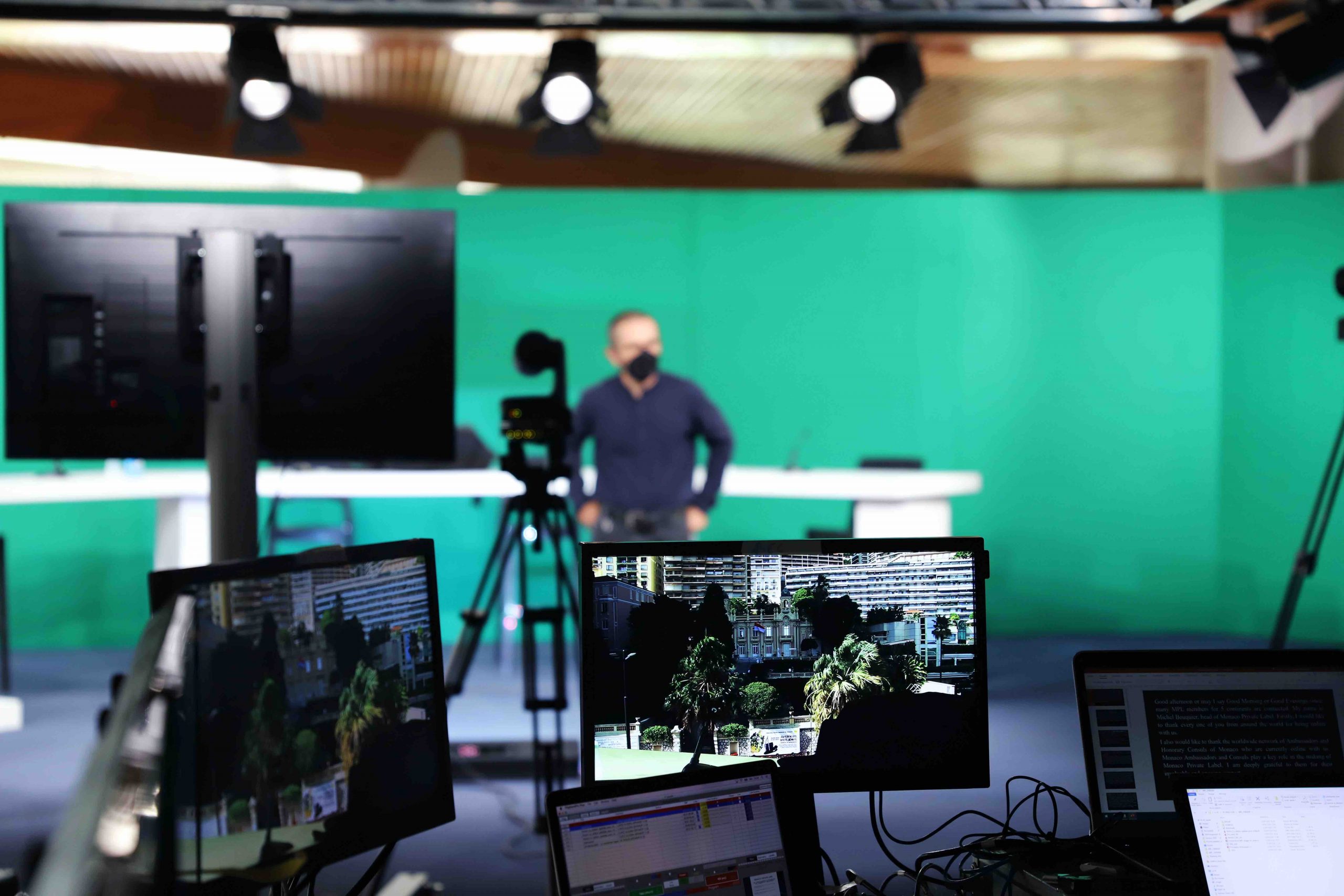 Grimaldi Forum Monaco is setting up a streaming studio 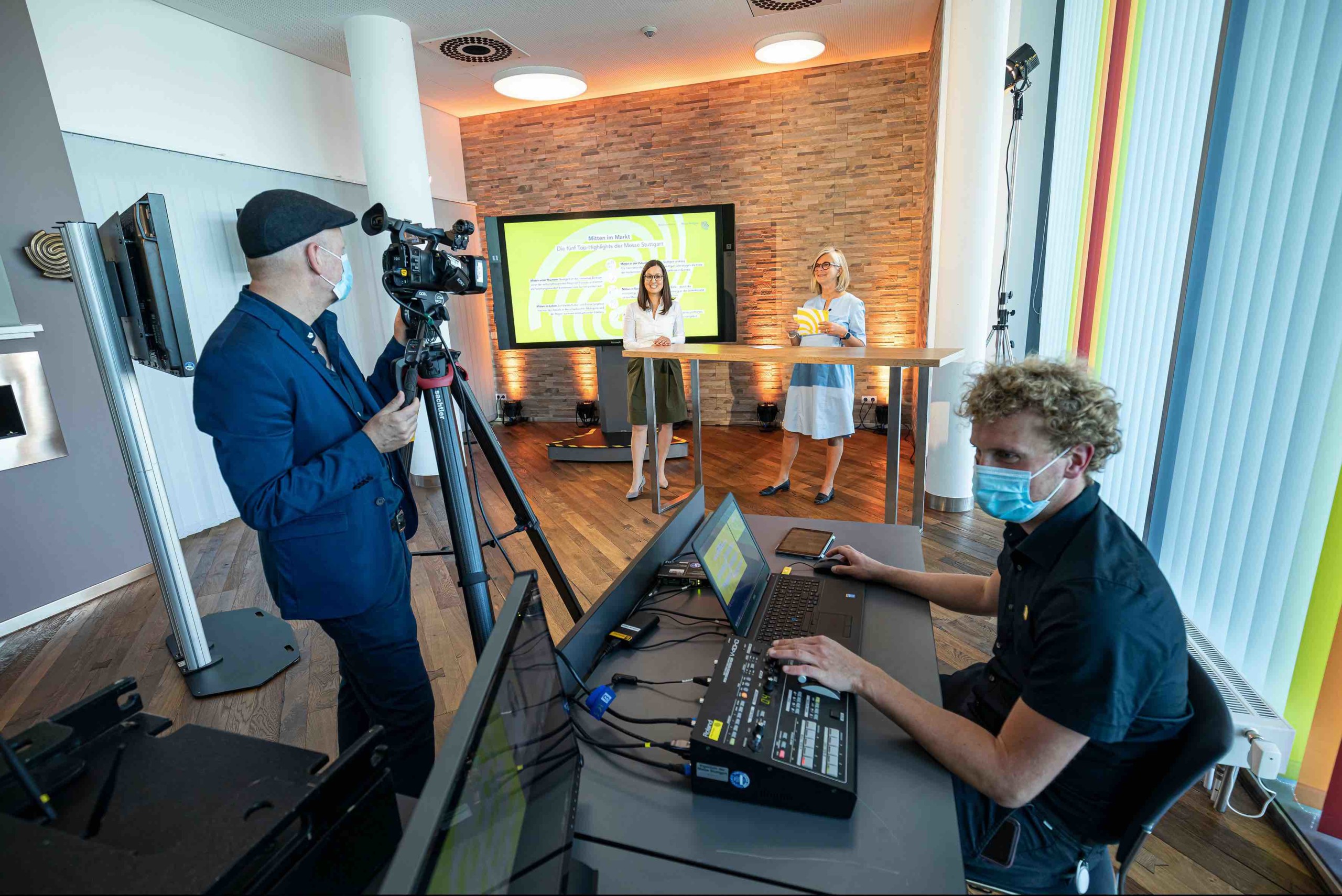