Technology Arts set up a new business unit specializing in drone show systems: Nocturne Drone Shows. In doing so, the company is responding to the continuing high demand for premium drone shows internationally.

The creative brain of Nocturne Drone Shows is Jens Hillenkötter, one of the world’s best-known and most successful designers and producers of multimedia shows featuring drones. He and his expert team of developers and technicians have been active in the field of commercial drone applications for over ten years. They are the leading supplier of drone productions for live entertainment, corporate and marketing events anywhere in Europe.

The team has been extremely successful in recent years, having produced for instance in Hamburg the largest drone show ever seen in Germany, as well as the highly acclaimed drone show to mark the launch of the new Microsoft Xbox Series X | S in Cologne. Nocturne Drone Shows‘ developers are true pioneers in the field of professional drone applications. In addition to their established light show drones, the company also develops other spectacular drone-based solutions independently.

It is a well-known fact that the operation of private and commercially employed drones is strictly regulated throughout the world. Nocturne Drone Shows, however, is an internationally approved aviation enterprise. A brand new building houses the drone unit as well as the entire development department, whilst the adjacent test area is the scene of regular test flights. The large drone fleet, partly stationed in Germany, is acknowledged to be the safest in the world, thanks to special features developed specifically for the live events market as well as to its international certifications.

The drone software and hardware platform used was specially conceived and developed to meet the particular challenges of light show applications. It features special safety protocols that allow for flying even in high security areas. With their high-precision operation, the drones have been optimized to display logos and motifs to their best possible advantage.

„In Nocturne Drone Shows, we have created a new, focused business unit to channel our many years of experience with drones and their creative use, so as to be able to provide our service more efficiently to the rapidly expanding international market,“ explains Jens Hillenkötter. „Already today we are the leading provider of drone shows in Europe. The use of drones in the commercial sector is, however, invariably associated with high ex-penditure. As an established partner with a grown network of relationships, we succeed in providing a flawless, one-stop service, covering everything from planning, design and programming to negotiation of the authorization process. With the brand Nocturne Drone Shows we look forward to raising our profile at home and abroad, and making potential customers more widely aware of the outstanding expertise we have to offer.“

IMEX America is the first international event to open after US... 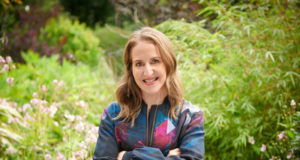 IMEX | EIC People & Planet Village Will Be an Interactive...

Oktober 20, 2021
© Mice Business 2022 - Design by TMITC
We use cookies on our website to give you the most relevant experience by remembering your preferences and repeat visits. By clicking “Accept”, you consent to the use of ALL the cookies.
Cookie settingsACCEPT
Manage consent